Fancy Coffee Friday: The First Step is Admitting You Have A Problem

Bargaining. It’s the first sign to others that there is a problem. The words, “I can stop any time I want…,” combined with a look of defiance is a good indication that there is more going on that meets the eye. So, it’s with heavy heart that today, here on my own blog, that I admit that I have a problem. 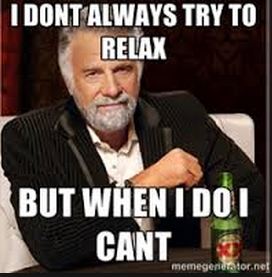 It came to a head on Martin Luther King, Jr., Day. Mr. Muse and I both received the day off as a paid holiday (for goodness sake – he fought for equal rights and the right to vote so get out and use your right to vote!). Since it was a Monday, I decided to get up at 5:30 and stay up, as I would on a typical weekday morning. By 7:30, I’d been out to the barn and taken care of the critters in the sub-zero temps. I’d managed to get in my Spanish lessons for the day and to write an essay (it’ll be posted here another time). I’d even gotten in some light housekeeping – being quiet as a mouse as Mr. Muse (who is NOT a morning person) was still asleep.

When Mr. Muse came out of the bedroom and we got breakfast underway, he asked me what I planned on doing for the day. I stated that I’d be doing some cooking. No more, no less. After breakfast he sat down to conquer the world and as an afterthought I uttered, “I’d like to use the computer at some point today”. There was a pause in his mouse hand, he turned with a surprised look and quickly changing to a grin said, “I thought you said you’d be cooking?” Then he winked and followed with, “No worries. Just give me a heads up about a half hour before you want it.”

By 1 PM, I’d managed to add to the tally of “busy”: washing a full sink of dishes, whipping up a batch of coconut oil for after-shower body moisturizing, mixing up a loaf of Honey Millet Bread and had it in the oven baking, and was in the process of cooking Creamy Cheesy Millet (I had millet to use up… it’d been around for a while) for lunch.

I loaded up a spoon for Mr. Muse to try and as he tasted I could see thoughts forming in his mind. He handed back the spoon, nodded that it was acceptable to him (he’s not a big fan of cooked millet – he’s extremely food-texture sensitive) and asked, “Are you going to need the computer after lunch?”

It was an innocent question. It only needed a “yes” or a “no” in response but, me being the kind of person who is apt to answer questions not being asked of me (I’m getting better), I responded with, “Well, after lunch I need to pull the dead fish out of the tank (this is a story in-and-of-itself) and have you spot me so I’m reaching into the plants in the right spot. Then I need to go to the barn and dump the goat’s water because somebody pooped in it, scrub it out, and refill it. Then,” I sighed, “it’s Monday, so that means floors need to be swept and vacuumed and the bathrooms need to be scrubbed…”

And here is where he cut me off.

He gave me a look. THE Look, if I’m being honest, and said, “Sarah, today is a holiday and this morning you said you wanted the computer, which meant that I thought you were going to relax. You can relax. Everything else will get done later. It’s a ‘free’ holiday.” 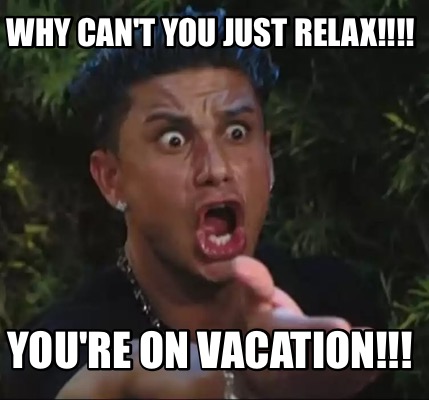 I countered in a rush, “But! But…. The floors… and the bathrooms! And it being Monday! It’s my strength training day, plus, since I have time I could get on the treadmill and watch a movie as I walk… and I still need to get dinner done…” And then I looked at him. He just shook his head as he took his bowl of Creamy Cheesy Millet (delicious, by the way), and said, “I’m not going to tell you to relax.”

A little while later, after I’d eaten, taken the bread out of the oven, and put away the leftover Creamy Cheesy Millet, I asked for him to “spot me” as I removed the dead fish from the tank. I put them in the compost bucket, swept the kitchen and dining room and was filled with an incredible sense of: guilt.

Guilt is the last thing from my Catholic-upbringing of which I am apparently unable to divest myself. I felt guilty even thinking about relaxing. “Idol hands are the Devil’s playground!” the warning rang out. If I’m not doing something, anything, I’m lazy. LAZY!!! 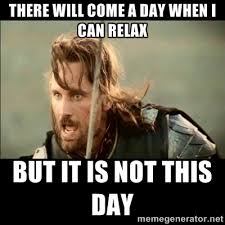 I walked into the office, put my arms around Mr. Muse’s shoulders and whispered, “If you will clean the bathrooms and vacuum the carpets… I promise I’ll relax.”

Which isn’t really true in its entirety as I find myself at the computer hammering out the day on the keyboard. Maybe it’s to serve as a warning to others? Perhaps it’s a warning to myself?

Either way, the first step is admitting you have a problem.

7 Responses to Fancy Coffee Friday: The First Step is Admitting You Have A Problem