Nope, I’m not on vacation.  I’d been hanging out at home Monday and Tuesday.  I found myself at a point where there wasn’t much to do housework-wise.  The drought means I don’t have to mow the grass and I had three videos from Netflix.

Yes, this will do nicely. Why do my hands and feet look so manly in this picture though?

OH!  I know!  I worked out, I read my book (still pushing through “The Brothers Karamazov”), watched a couple of movies and some of “The Office”.  I started using a kettlebell for working out.  Did you know that you can burn 200 calories in 10 minutes with that thing?  I also went on the longest bicycle ride I have been on since I was probably 10 years old – 14.46 miles.  Holy CRAP!  I was pretty proud of myself.  No, it’s no 50-Miler that some cyclists do, but it was a start.

My kettlebell weighs a MILLION pounds!

Note to self – get new bicycle seat and call around to get “fitted” to my cycle… the numb hands, feet and “lady parts” after the ride were…. uncomfortable.

I seem to be missing something…

I also made a decision over the weekend to return to stricter eating rules.  I had regained nearly 10 pounds back of what I had lost.  There were a variety of contributing factors, but the first and foremost was eating too much and drinking too often (and too much).  So, putting my nose back to the grindstone and… being smarter about things I eat and drink.

Sometimes will power sucks; at least I can have dark chocolate! 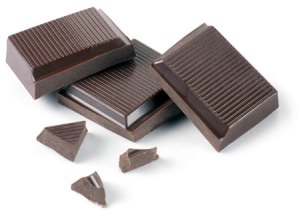