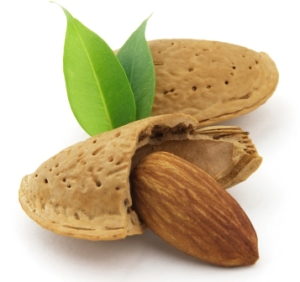 Okay, not really.  This is a very short post today – drama in the modeling world yesterday and today and I’m a “grunt”, in the trenches making sure people get out alive with all their pieces-parts.

I attempt to eat healthy most of the time.  My breakfasts this week (and many previous days) consists of Low-Fat Maple Granola, non-fat Greek Yogurt, fruit and almonds.  This morning, I grabbed my alloted six almonds and tossed one into my mouth.  All systems go. Almond number two was tossed into my maw as I was grabbing my gear to head out the door for the day and my brain said, “Well that doesn’t taste right…”

Then as I began to chew, I said, “Why is my tongue going numb?”

“This is really awful!  WHY does this almond taste like… I don’t know what it tastes like other than awful!”

Dear Readers, I don’t often spit out food… but my stomach was clenched in preparation to reject this almond if I was going to swallow it.  I spit it out, rinsed my mouth out for about 5 minutes and still had a nasty chemical taste in my mouth.  I met Mr. Muse in the driveway, as he was waiting for me (we commute together), and I told him “Your assassin failed… I spit out that almond; but my tongue is still numb.  And I have a nasty taste in my mouth.”

Honestly, I don’t know WHAT was on that almond.  I gingerly tasted and then ate the remaining 4 – they were fine.  Oh, I feel fine now and the nasty taste is gone.

I’m guessing that the almond was rancid (though I squirrel away my nuts in the freezer) or  was soaking at the plant in something it shouldn’t have been soaking in.  Or… perhaps the squirrels are after me?

165 Responses to I’ve been POISONED!

Leave a Reply to The Amusing Muse Cancel reply