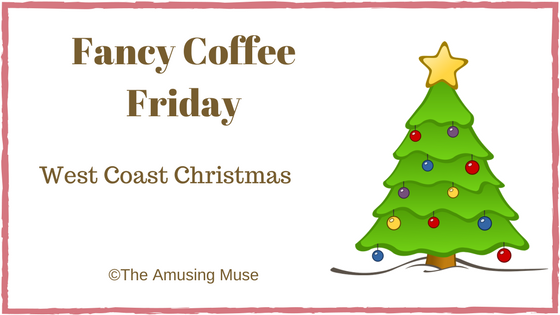 I love an adventure. Big, small… it doesn’t matter as long as I get home alive and in one piece and have fun stories to tell afterward. What better way to close out 2017 than with an adventure, right? This story began at Christmas 2016.

Mr. Muse’s brother lives in Southern California, Los Angeles County to be more specific, and for nearly the last two decades, he’s alternated celebrating the holidays either IN California and by conference call, or he arrives here in Wisconsin to celebrate in person. Last year, before we opened gifts, he announced that he’d like everyone to go to California for the next Christmas holiday.

He seemed pretty earnest, but we were all, A) shocked at the request, and B) relatively convinced he didn’t realize the work involved with inviting family out to his house for a week… especially as he’s not lived with anyone other than himself for more than 20 years.

But, months went by and Mr. Muse and I casually discussed from time-to-time whether or not this trip was going to take place. Because… see point “B” in the previous paragraph. We were thinking something akin to “buyer’s remorse,” or in the case of an introverted personality: holy shit I just invited four people to come to my house for a week! WHAT HAVE I DONE!?

It was June when the email arrived. “Have you made your travel arrangements yet?”

In June? Already? Oh, this is happening?

We booked flights, rental car, and hotel in October. Here’s how we managed to disappoint:

He really did say this!
Image via azquotes.com

But, Mr. Muse and I travel well together. Before we were even a couple, we were heading out on road trips for a few hours, or even overnight, and have learned what the other person needs to be comfortable and stay sane. We knew we needed escape options in the form of a rental car and a hotel room. We knew that if we pushed “forced togetherness” beyond three days – the both of us would be curled up in the fetal position on the floor in a dark room somewhere. We know what we need and we’re not going to push past it just because someone might be disappointed.

And then we both caught a cold.

Okay, maybe it’s not the swine flu…
Via Zazzle.com

But, that’s why over-the-counter medication was created, so you can mask your feelings of being hit by a truck so you can interact with others. Win-win!

We survived LAX airport (arriving and leaving), Los Angeles traffic (I’m glad I don’t deal with that every day), and visiting with family.

And then we headed to Long Beach, California, for our present to each other. On the way, we stopped at the Los Angeles Zoo, which, to be honest, wasn’t that great. The animals all had rather small enclosures. The shining star, at least for me, was the Desert House for reptiles – I wasn’t aware of just how many species of rattlesnakes there are! There are a LOT! And, they are quite pretty. We tried to get to Griffith Park Observatory after the zoo but there was some variety of event going on and we were turned back by traffic police and continued to Long Beach.

We elected to stay on The Queen Mary, a cruise ship-turned-troop-carrier-converted-back-to-cruise-ship-turned-into-hotel. Allegedly, it’s also haunted. However, we did not experience anything paranormal during our stay.

We chose to stay on the ship because we’d been talking about it for a few years as something neat to do, plus, given all of the cruises we’ve been on, staying on an historic ship decorated in Art Deco style would be something interesting. The ship is beautiful if you don’t look too closely, but she’s “tired.” Taking the self-directed tour of the ship brings you to stairwells where the linoleum is peeling up, railings which have come out of brackets, and rooms on the tour that need more lights. Signs for the tour are lacking and are poorly lit – to the point I felt we should have brought a flashlight.

The stay in our cabin was pleasant enough, but the incongruity of 1930’s furnishings and then having a big flat-screen TV mounted on the wall did not escape notice. There was a lack of outlets in convenient locations, and the tub in the tub/shower combo had a rounded bottom which was difficult to stand in – it was good that they had a grab bar mounted to the wall. The ship, because it’s also a museum which is open to the public, had a lot of foot traffic. Despite signs asking people to be quiet because of guest rooms, there was a lot of noise in the corridors even at 10 PM; bear that in mind if you’re going to stay.

We ate in one restaurant on the ship, the Chelsea Chowder House & Bar, which served us a delicious dinner. For those who are gluten-free, your options are limited, but I can recommend the cedar-planked salmon with brussels sprouts and squash. There was no room for dessert despite there being flourless chocolate cake (and crème brulee) on the menu.

Our one full day in Long Beach had us starting our morning down the way a bit at Hotel Maya’s restaurant, Fuego. The food was delicious and the portions were massive. Honestly, portion sizes could be reduced to cut back on the amount of food tossed away – but that goes for most restaurants these days. We then headed to the Aquarium of the Pacific, rated one of the top four aquariums in the USA. It was comparable to many other aquariums we’ve been to, but my favorite part was the Lorikeet Forest. Shell out the $4 for the tiny cup of nectar and walk in fully-aware that you’re going to be covered with screeching, wing-flapping lorikeets vying for a turn at the cup in your hand. It was great. I can’t even tell you how many birds landed on me because I was just too delighted looking at the half-dozen plus on my arms. That $4 was worth it. I also really enjoyed the touch tanks, mainly the Moon Jelly tank – they feel so strange!

After the aquarium we proceeded to walk all over downtown Long Beach, stopping at Romeo Chocolates (delicious!) and Great Society Cider & Mead (flights for each of us, and the garlic parmesan fries? OMG!). We ended the day having walked eight-plus miles, on top of our sniffles, and we were tempted to hit up Chill! outside of The Queen Mary, but neither of us had the energy. Maybe next time, because it looked like a lot of fun.

And then? After a good night’s sleep, we headed back to LAX to fly home. From being dropped at the wrong terminal at the airport, to walking into the ladies’ room only to hear someone retching – loudly, to making it to our connecting flight in Salt Lake City shortly before they began boarding, to stepping out of the airport in Madison and having my lungs say, “OMG! It hurts to breathe,” it was an adventure. I’m glad we went. I’m happy we got in as much walking and hiking as we did.

Did you have any adventures this year?

Where is your next adventure going to take place?

The Amusing Muse is a blogger and writer living in Southern Wisconsin, where you know when the temperature outside is below zero when your nostrils freeze shut (and that’s not including wind chill). She and her husband of almost two decades love to travel and are already planning their next big trip: GERMANY!