The other day I came across an article about 26 things people should do every year which struck a chord with me. Number eight on that list was “purge”. Purge all the things, contacts, people, whatever – anything that doesn’t bring you joy. I’m actually really good at that for things. It’s people I have a harder time purging – particularly those with whom I feel there is unfinished or unsettled business. Then I came across another article explaining why it’s perfectly fine when we’re unfriended on Facebook.

Purging people is more difficult than things. People are people and most people get emotional and emotions make things messy which is why I do my best at cramming emotions down into the tips of my toes. Of course, that might explain why my toes are usually cold and turning blue, but I digress. I don’t care for emotional messiness. Yes, sometimes I get that way, but I don’t like it and I don’t have to like it.

And so I found myself in a situation where someone who was a good friend at one point in my life “ghosted“, cut me off, cut me out – including blocking me on Facebook. I’d taken their disappearance in the usual manner: confusion and hurt which then transitioned into a reluctant acceptance. There was no explanation for the severing of contact and that made things messy. I wanted closure. I wanted a reason, even if it hurt, because at least it was a solid answer.

That reason could even be, “Sarah, you’re an asshole and you swear too much.” Okay. I get it, accept it, won’t stop fucking swearing, so… alrighty then. See? I can be an adult about this.

But, what I got was a big old glass of “Nope”. Cheap nope at that – the kind that makes you choke when you swallow. So, resigned that I’d never get an answer, I assured myself that the reason probably had nothing to do with me – because I’m fucking awesome – and chalked it up to a life lesson learned. Then earlier this year they reappeared and acted like nothing happened. After three years*.

Wait. Hold up. Time out.

If I ever contact someone after a significant period of time, I tend to start off with a “Hey, how are you? I fell off the face of the planet and lost touch with you.” You know, stand-uppish kind of mea culpa complete with a reason for contacting them: heard this song, saw this sign, ate a cupcake…

This person? Nothing. This bothered me greatly. I pondered upon the reason they’d send me a message after 2 1/2 years. I pondered it for 5 months. Don’t look at me like that, I’m a thinker, damn it. So after pondering about this for all those months I hitched up my jeans and asked, “Why did you cut me off with no explanation and then text me out of the blue 2 1/2 years later like nothing happened?”

Their answer had nothing to do with me (obviously, because as I said, I’m awesome), they apologized for handling things badly, asked if the friendship was repairable; we had a little heart-to-heart even. I stated that I’d long since forgiven what happened, I hadn’t forgotten, but had forgiven. They asked if things could go back to how they were.

“Here, let me hand you a big glass of “Nope””. I don’t get, or give, cheap nope either, because I’m a classy lady. I explained why things wouldn’t ever go back to how they were. I was clear. I was fucking eloquent.

Want to know what the results of my oh-so-eloquent-even-though-you-don’t-get-to-read-it response? Radio silence.

Again? Oh yeah. Again. Though, this time I hadn’t been blocked on the book of faces. 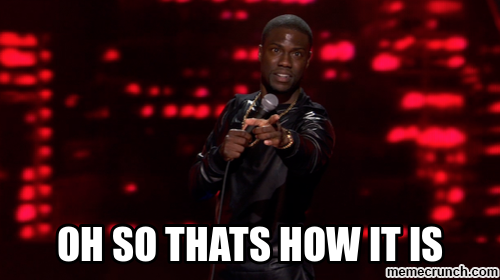 Then I got angry because nobody puts Baby in the corner… I mean, nobody treats me shabbily, again, and I just sit there and take it. I only have so much energy to give to people in a given day, some less than others. But, admittedly, I’m loyal to a fault and forgive far too easily. To a point.

Now, I’m a pretty smart cookie and when I realized that history was starting to repeat, I took a big step back. The few emotions I had begun to dole out were cauterized and crammed. Of course, all the cramming of emotions into the tips of my toes takes a bit of time which allows me to muse over other relationships with friends, even some family, that I was reluctant to let go because “what if”. I didn’t hate them. I didn’t even dislike them. Everyone has good points to go with their flaws.

But, that is a problem with thinking so much, pouring over every conceivable outcome, there is always that errant little waving flag of doubt. The “what if I’m wrong” red flag.

I consulted friends this time. Do I send a “have a nice life” email that gives closure, or do I let the silence speak for itself, kick the dust and ride off into the sunset? The friends I consulted seemed to all pick the same thing: say nothing. One friend put it simply, “You owe them nothing.“

And that friend is right. The only person I owe anything to in this situation is myself. Nobody deserves shabby treatment, but when we find ourselves faced with just that, we need to stand up for ourselves and do what needs to be done.

I put away the flag of doubt, deleted their contact information, unfriended them from the book of faces, and rode off into the sunset.

*Fun Tidbit – within a week, another person I’d been friends with for years who ghosted at the same time also dropped me a line. These people were coming out of the fucking woodwork!

Leave a Reply to The Amusing Muse Cancel reply