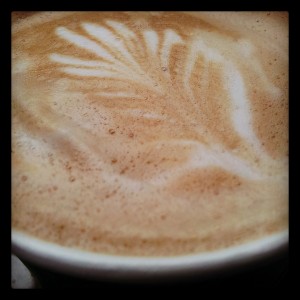 Are  you familiar with British comedy?  Particularly the show, “Keeping Up Appearances“?  When the show was on the air and my parents only had six television channels on a good day, I would watch that show and Hyacinth Bucket (“It’s ‘BouQUET!'”) in all her antics.  Her home was always in order.  She was constantly attempting to put together candlelight dinners.  Correcting pronunciation and anything else she deemed wrong was her calling in life.  I loved the characters of the show, from her poor brow-beaten husband Richard to her sisters Daisy and Rose and their father.

For all of Hyacinth’s grasping at the high-life, and everyone around her trying to avoid her disapproving gaze at all costs, I think she was my favorite character of the show because actress Patricia Rutledge did such a fine job of portraying Hyacinth’s complete lack of awareness to her behavior.  She was confident in her mind that her ideas of what her life should be and how she was going to get there, even as ill-fated as those attempts turned out to be, was the right and proper way.  Ultimately, we all have a little Hyacinth in us and I dare say most of us like to keep up our appearance for the sake of appearances alone.

This occurred to me yesterday as I was waiting for my iced peppermint mocha at my favorite place.  I was dressed for work, mostly because it was Thursday and I was headed into the office, in white slacks, white suit jacket, navy shirt and patent navy heels.  My jewelry coordinated, my sunglasses were perched on my head and as I stood there, eyeing up the crossword, mentally filling in the answers because someone had walked off with the writing utensil, I felt eyes on me.  Looking up a saw a few of the patrons glance away and I laughed.  Yes, I take pride in how I look.  I work in a professional office and while my job is behind-the-scenes, I prefer to dress professionally – I never know who I will meet.  My penchant for sharp, classically-cut clothes and my preoccupied manner I’m sure left people wondering who I was and what I was doing.  Of course, they aren’t there on the days that I show up in my jeans, tank top, baseball cap, and converse sneakers.  What mattered to them, in that moment, was who I appeared to be right then.

I’ve never cared much about the outward appearance of others, instead choosing to engage people in real conversation to get to who they are underneath the surface.  A friend described me once as “dominating” and I quickly corrected them as I don’t dominate, in my opinion, but rather fall more into the “commanding” and sometimes “demanding” categories.  For the record I’ve been called “intimidating” more times than I can count.  Often, my outward appearance matches my personality; at the office, I’m all business, at home – I’m relaxed – at least as much as my mind will allow.  Sadly, most people will choose to see only the surface of those around them rather than dig deeper to find out what the current is like just below.

If any of those people at the coffee shop had satisfied their curiosity with a simple hello and launched a conversation, they’d find out that I was not, in fact, an executive of a marketing firm or similar such person – but one really kick-ass social media and compliance guru.  An office ninja dressed in white who is keeping up appearances and keeping it real.

Do you dress to fit your personality?

When was the last time you initiated conversation with a stranger you were compelled to know more about for any reason?

PS:  I reblogged this yesterday, but the Friends of Mazo Beach and Badger Naturist group needs all the help they can get to save Mazo Beach from being shut down by the DNR.  Help save Wisconsin’s only nude beach, and one of the best rated in the country, if you can!