Unable to force myself into another nap Sunday evening, I found myself surfing the internet and peering over at the Twitter and Facebook feeds and I have one thing to say:

Thank god I’m not a celebrity who had to walk the red carpet for the Oscars.

Wow, people are harsh.  Catty comments about dresses and hair to nails and shoes, from hating this celebrity to wondering why that one was even on the carpet, I shudder to think through what sort of scrutiny people who don’t know me put me under.  My hair could be the “wrong style”.  My nails could be the “wrong color” or “too short”.  My shoes “too high”.  My clothes “too this” or “too that”.

I saw statuses and messages proclaiming peoples dislike or distaste for what they were seeing on their screens and could only shake my head in disgust.  What happened to The Golden Rule, of doing unto others as you would have them do unto you?  What happened to finding something nice to say about someone or their outfit?  It would make a lot more sense than making blanket statements of disdain to their character because of what they’re wearing.

Folks, my Mom taught me to judge people based on who they are, and if I don’t know them, I’m in no position to make a judgement on them.  I’m not saying that I’m perfect in that regard; I’ve made snap decisions based solely on appearance (and usually what my gut tells me), but I continually remind myself that unless I actually know someone, I should reserve my judgement.

So go out and say something nice today.  Be conscious of your comments about people you don’t know at all (“I hate them”, “They’re horrible”) and to whom you say them.

We all live in glass houses now; we really need to stop throwing stones. 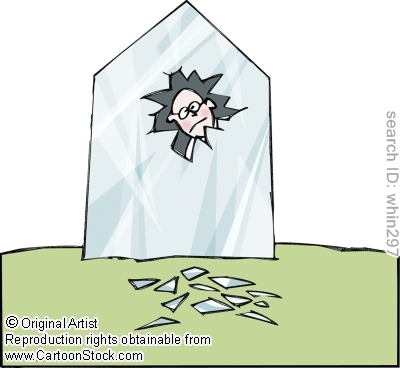 Deep thinker whose mind operates at warped speed. Philosopher pondering the big (and little) things in life. Storyteller. Office Ninja. Model. Teller of bad jokes. User of big words.
View all posts by The Amusing Muse →
This entry was posted in Life, Musings, Personal, Random Thoughts and tagged do unto others, judge not lest ye be judged, Oscar Night 2013, Oscars 2013, people in glass houses, The Golden Rule. Bookmark the permalink.

10 Responses to Scrutinized and Scandalized