I’ll start off by saying… I’m falling apart! Physically that is.  I woke up Thursday morning with a swollen wrist that was radiating a lot of heat and was painful.  By mid-morning I called the chiropractor and set an appointment for right after work.  Talk about a messed-up wrist!  It turns out that the lunate bone is the one that keeps going out of whack along with the two bones in the forearm, the radius and ulna, which keep moving apart (outwards).  I spent all Friday and yesterday alternating between icing and heating up the joint and popping aspirin.  The swelling in the joint is much, much less though the joint, and my hand, are still puffy.  I will be spending today alternating icing and heating again. 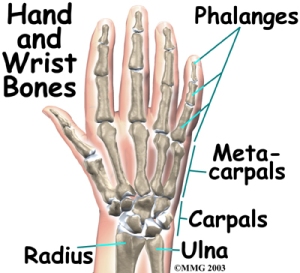 Besides all that, Fall has arrived and we’ve brought all the orchids, amaryllis and various other houseplants back into the house.  We’ve had frost and freeze watches and warnings for the last two nights.  We’ve had Thunder Showers complete with small hail stones as well this week.  This is proving to be a very interesting fall.

The horses are not back here yet and DH has been felling dead and dying trees out in the pasture as well as just thinning out scrub and other saplings that are crowding each other.  The wooded area is going to look vastly different once the trees have been cleaned up, but really it’s for the better and just part of good forest management.

This weeks Top Search Term winner is:  stomach.  Curious that many people are just searching for “stomach” and not putting anything with it.  Obviously there are a lot of people out there with stomach issues.

The Honorable Mention for the week is:  my wife has finger shaped bruises.  I raised and eyebrow on this one.  And laughed, because well… I’ve had rope-shaped bruises.  And I have awaken on more than one occasion with a bruise that I have no idea how I got.  What is your wife doing?  Who is she hanging out with?  Did YOU give her finger-shaped bruises?  Things to think about.

I do enjoy my Stewie Griffin pajama pants.  Even in the summer months, I’m in pajamas under the sheet or under the sheet and heated blanket.  When it gets colder, I’ll be under all that and a wool comforter.

Random Fact #262 – I am familiar with many invasive species of plants.

My coach for Horticulture was a county Horticulture agent who was in the thick of the battle against Purple Loosestrife.  It was by listening to him that I became familiar with invasive species.  I have plenty of them on my own property, pulling and destroying them when I can.

This is a hard habit to break.  I find it difficult to let people continue to perpetuate misinformation, but I’m getting better at just sitting back and seeing if they correct themselves.

Random Fact #264 – I do not forward those emailed “warnings” that cause mass panic over things like “hairbands made from condoms”.

Nope.  Not at all.  I’m more likely to sent a response to the person who I got the email from with a link to snopes.com.

Random Fact #265 – I was once rescued by the Fire Department.

DH and I were visiting our friends new home and we walked out onto a 3rd floor balcony, shutting the door behind us since the air conditioning was on and it was HOT outside.  Little did we know that the door locked behind us until minutes later.  Three adults and a 2-yr old, locked out on a balcony.  There was a 5-yr old in the house… the opposite end of the house – she didn’t hear us calling or pounding on the door.  A phone call to the non emergency police got dropped by poor cell service.  Did you know that makes your call an automatic emergency?  911 called back, THEN dispatch called back, and THEN the fire department showed up.  They laughed, we laughed, the 5-yr old was confused.

While waiting for the Fire Department to come rescue us off of the balcony, the 2-yr old found a couple small pieces of wire and proceeded to very seriously attempt to pick the lock.

Random Fact #267 – I get very cagey when people I don’t know start asking questions, or what I call “fishing for information”, about other people I do know.

Thanks for tuning in to this weeks Facts!  Check back again next time!