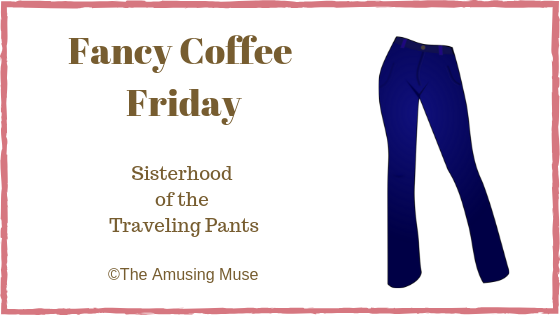 Last week Monday, my barn jeans tore across the left thigh. They’d been wearing noticeably thin over the last few months and I knew they would need to be retired soon. Monday was July 8th and it would have been my sister’s 37th birthday. The jeans were inherited from her three years ago after she died. A message? Coincidence? What were The Fates trying to tell me?

When someone we love dies, while our grief may be shared, our reactions are individual. There is often the initial shock, and I was not immune to that. I didn’t cry for nearly a week and when I did, it was done in a few minutes. I cried again at her memorial when I was surrounded by so many others who were crying. And then, I didn’t cry again until last Friday, the 12th, the third anniversary of her passing.

I had been having a chat with a friend online and during the conversation I came to realize that what I missed most from having my sister around was baking her birthday cakes when she was young. Before the days of the Internet and Pinterest boards I had to figure out how to turn cake rounds into cats and rabbits.

As siblings, we fought; as sisters, there were explosive fights. When I was younger and she would take my things, I saw her thievery as simple, petty theft. As complete disrespect for me and my possessions. As an adult who has learned more about Life, and how brains develop and how people interact, I have come to understand that young siblings want to emulate older siblings they admire. So, they take things. And they ask us too many questions. And they annoy us with their copying of our every word and action.

My anger and indignation with my little sister, however, was put aside for her birthday. I would ask her what kind of cake she wanted and her excitement and anticipation were infectious. It would have to be a hard-hearted teen who could not be drawn into the enthusiasm of an eight-year-old who wanted a cake shaped like a rabbit.

But, let’s get back to the pants.

My sister’s daughter, my eldest niece and “child by osmosis”, gave me a large stack of clothing from her mother’s closet after the memorial. There were a lot of items I couldn’t wear, many I wouldn’t wear, but there was a pair of Levis. The zipper was reluctant to stay up, but I could make them word. One key ring later (to loop over the button on the button fly), and I had a new pair of barn jeans.

They have been worn almost daily for the last three years, getting washed when they became particularly grungy, or at least every week or two. The material on the thighs started to let some light through. The surface abraded by moving bales of hay and daily use over these last few years. A small split in a side seam appeared. The corner of a back pocket began to let go. These jeans had led a useful, active life.

In my youth, I could wear out a pair of jeans in one summer of baling hay, barn chores, and hours spent in the saddle. This pair had made it at least three years with me and who knows how long with my sister. They had required some adjustment to make them wearable, but ultimately, they were covering my ass and they’d held up through all the shit I, and Life in general, threw at them. And sometimes, that shit was literal.

These jeans have earned their celebration of service. My sister would be happy to know they weren’t wasted and she would also laugh about their future cremation – which is the only proper way to honor a pair of jeans that has served so well. One day in the future, probably this fall, I shall resurrect from the past a celebratory funeral pyre for these jeans.

And maybe that’s what the Fates were trying to get me to see, sisterhood, like a good pair of jeans, can wear thin, develop blow outs, but in the end, as long as it covers your ass when you need it to, that’s what matters.

The Amusing Muse is a writer, student, and wearer of blue jeans living in South Central Wisconsin. Her garden has been having a good year. The local rabbit population agrees.

6 Responses to Fancy Coffee Friday: Sisterhood of the Traveling Pants