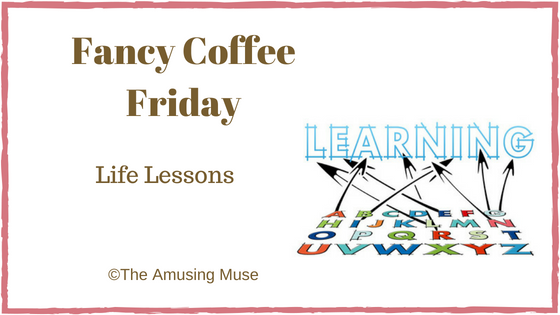 I found myself the other weekend, dirt up to my elbows, being asked by a friend, and now-tenant, if they could help me with anything. In my mind, I hesitated, I didn’t want to impose, but then I knew what it was like to have a flurry of activity going on around me and feel like I wasn’t contributing. So, I said, “Yes, if you would like to.” And with that, we were both elbow deep in dirt.

We forget that while our daily lives might be boring or routine to us, we may know information or possess skills that others don’t, and perhaps they may want to learn.

I’ve been gardening since I was a wee little one, both in the family garden and helping, a term I use loosely, the neighbor down the road in his garden. I went on to compete in state and national horticultural competitions and I currently possess a great deal of knowledge about plants – by no means exhaustive – but more than the average bear. So, there we were, planting flowers and tomatoes and kale in pots and bags and window boxes and chasing that with tying up tomatoes and removing suckers. One person with the knowledge, one with the desire to learn.

How many of us go through each day without realizing that aspects of us, of who we are or what we do, is “no big deal”. We don’t think about, or realize, how many people don’t have the same knowledge that we do because – we have it.

Mr. Muse is a prime example, he’s incredibly handy and hands-on when it comes to things around the house. Woodworking and electrical work are his fortes, but he has taught himself general plumbing, welding, siding, and a whole host of other skills. In his words, “I decide that I want to do something, don’t want to pay something to do something that seems simple, and so… I learn how to do it.” The most recent adventure was replacing a sensor in the steering wheel of our main vehicle. Thank you, YouTube, for the videos on how to do the how-to!

Friends have also asked Mr. Muse to teach them how to weld, use a chainsaw, and even do some woodworking with electrical worked in. And, he’s happy to teach people who want to  learn. But, he doesn’t think to ASK people if they want to learn – because he’s busy doing it. I think that’s something that happens to us all – we’re busy doing things we know how to do, not noticing who is on the sidelines showing interest but are hesitant to interrupt us to ask to participate.

While the friend and I were elbow-deep in dirt, Mr. came around and announced that one of the beehives had swarmed, and so we stood in the yard and watched the magic happen. The ladies gathered 20-plus feet up in a birch tree, and there they stayed while we were outside. And I prattled on about how the bees, when swarming, are generally docile because they gorge themselves on honey prior to flight and if they needed to sting, their bellies are so full of honey they can’t really bend TO sting. There was a lesson.

When the dirt had been used up, a lesson in “de-suckering” the tomatoes concluded, and a short lesson in “weeds you can eat/weed you can’t eat” done, we moved on to doing our own things. Will the lessons stick? Who knows, but, does it matter? What’s more important? Learning the lesson or spending time doing things with people you enjoy?

What are skills or information you have that you don’t think about others might way to learn?

The Amusing Muse is a writer, office ninja, and gardener living in Southern Wisconsin with her husband of nineteen years and now, their first roommate in over two decades. She has been thankful for having a pool while Wisconsin roasts in the heat and humidity, and laments that her honeybees keep swarming and gathering far too high up to retrieve. She also has been known to enjoy a gin and tonic, or two, during the hot weather… you know, to fight off malaria.