Good Sunday Morning to you, my dear Readers, and greetings from the Bat Cave.

I’ve taken a much needed…. Scratch that, desperately-needed respite from… Everyone.  Okay, Mr. Muse is the exception, sort of… as are co workers, sort of.  After nearly three weeks of being around people NON-STOP and four days at BlogHer ’13, where the only time I truly had alone were those few moments when I was in the bathroom of the hotel room, I had, in short, become the Honey Badger.

If you’re not an Introvert, you will not understand this need that Introverts have of needing to get the fuck away from absolutely everyone.  Dear Introverts, if you’re an Empath like I am, you will understand completely when I say:  people are exhausting.  Utterly and completely exhausting.  Poke my eyes and ears out with a sharp-stick, can’t stand to be around them any longer, exhausting.  Especially when they have what amounts to an emotional three-ring circus going on.

I felt my need to retreat to the Bat Cave coming on after work on Monday.  Tuesday found that need growing a little stronger and by Wednesday, which was day three of drowning my need to enter the Cone of Silence in non-fat peppermint mochas in the morning, chocolate during the work-day and adult beverages every evening, I knew I was in a bad way.  Thursday resulted in my picking up Mr. Muse after work and when he got in the car, he took one look at me and concern flooded his face as he asked, “What’s wrong?  What happened?”

Folks, I was in a bad way.  I took a deep breath, swallowed down the lump that had instantly formed in my throat when he looked at me and choked out, “I need to retreat to the Bat Cave…. I can’t deal with ANYONE right now and…. and I need to just….be…. alone!  I’m on the verge of tears!”

We drove home in silence, which is how Mr. Muse and I both know I’m entirely over-stimulated, and I began my retreat.  We were supposed to have Game Night with a round or two of Cribbage, but I couldn’t even deal with that, instead we ate dinner and then I took a shower and watched episodes of The Simpsons from Season 10 as I drank some gluten free beer and the last of the Kinnickinnic Whiskey from William Zuback and headed to bed at 8 PM.

Sometimes, alcohol IS the answer.

Friday, I went into work, prepared for a quiet, slow day; I ended up having a good day, though I completed the fifth day in a row of non-fat peppermint mochas, extra coffee and too much chocolate, and came home to spend more time in the Bat Cave… because I was, indeed, the Honey Badger.

So, I pulled weeds in my flower beds and vegetable garden.  I watered houseplants.  I washed laundry.  I puttered.  I noticed that the Big Bluestem grass in the prairie is over six feet tall!  I watched the house wrens darting between raised beds in search of bugs to eat, that the Chicklets (the baby chickens) are now racing across their stall in the barn and attempting to take flight.  That the hummingbirds are still in the area and that there is a young cottontail rabbit living in the flower bed right outside the kitchen door and while I pulled weeds in that bed, I found a baby tree frog. 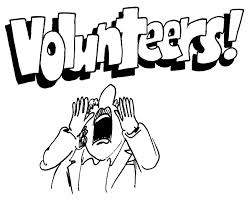 I observed that I intensely dislike being with people who constantly check their cell phones and can’t be bothered to look me in the eyes or face when having a conversation.  I noticed that a woman who has studied Buddhism for the last 20 plus years will be giving a talk today in my area and I will probably go listen to what she has to say.  I also remembered that my local Emergency Medical Services was looking for people to take the EMT courses and if they didn’t get enough people signed up for the class, they may have to resort to outsourcing the First Responder program.  I’ve used that program – perhaps it’s time that I stop thinking someone else will do something and step up to the plate?  However, given my present state of mind, perhaps training to be an EMT wouldn’t be the best thing for my mental health: more people, more problems, more Bat Cave time.

Oh, I haven’t spent all this time thinking, however; I did watch a few movies (“Serendipity“, “New in Town” and “A Single Man“) and continued to read The Complete Grimm’s Fairy Tales.  But, most importantly, I took time for myself.  I listened to what I needed and the feelings of everyone else be damned for a change.  The Bat Signal still isn’t operational for now, and other than writing, I’m not sure when I’ll decide to turn it on…. You see, people are exhausting, and being Batman is an emotionally stressful job. 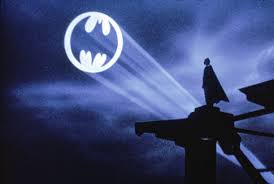 13 Responses to Sunday Morning: Greetings from the Bat Cave