Today’s favorite search term for people finding my site is:  Indeed.  Yep – that’s it.  Just “Indeed”.  One day, I’ll be famous for it.  Here’s the funny thing… I have been saying it so often, that a lot of my friends are now saying it on Facebook…. Shhhh!

Random Fact #93 – I have been diagnosed to two similar but different heart rhythm problems.

The first diagnosis was AV Node Reentry.  That was fixed with an RF Ablation.  The second diagnosis is Ventricular Tachycardia (VT).  To have two different heart Arrhythmias is very strange, and Dr. Awesome believes that the VT was caused from carditis caused by pneumonia.  Fun times.

Random Fact #94 – I have had two Electrophysiology Studies done on my heart, and have had 4+ locations ablated.

Electrophysiology Studies (EP Studies) are what they do when they snake some leads up the veins or arteries in your groin (or neck) into your heart and literally take a look (or poke) around.  They aren’t all bad.  You get good drugs.  This last one in July 2011 though, Dr. Awesome “pressure tested” my system and I nearly went into cardiac arrest… I scared her, but was still crackin’ wise as they brought my heart rate back to normal.

Tommy was a Shetland Pony that my great/grand uncle acquired from a horse breeder who didn’t want him anymore and if I recall the story correctly, Tommy was going to be shipped to the glue factory.  A few years down the road, Tommy became my pony. 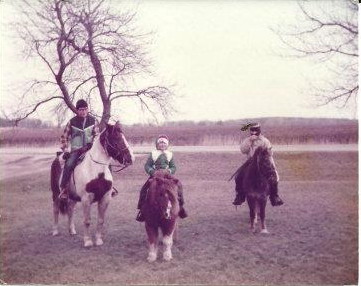 That's me on Tommy in the middle.

Dupey, though I don’t remember a WHOLE lot about him was a good parakeet.  I’ve always enjoyed birds, and I probably have Dupey to thank for that.  Now… my birds are bigger (and tastier) 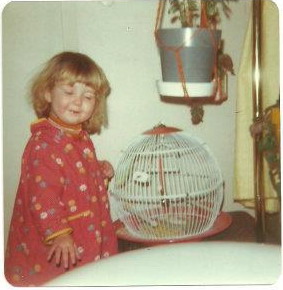 Love.  Argyle (I have the socks in the photo!!!).  LOVE IT!  I have a lot of argyle socks… and some shoes.  My hair stylist on Friday evening commented on my sneakers because they were argyle.  She’d bought the same ones about 7 years ago (yes… I keep things for a while) but they didn’t work out for her.  Too loud.

This one is a difficult one to explain.  If I can think about a response or answer and then respond or write it out, it tends to be very literal.  Exacting.  Precise.  On-the-spot answers are jumbled up and not quite as coherent to those on the receiving end tho most of the time I know what I mean.  Sometimes, since I tend to think and speak in the emotional sense, I just can’t put into words what I mean.

Usually I get seven hours of sleep.  Eight hours is a GREAT night.  NINE!  Heaven… and there are times that I’ve slept for LOTS longer.  Less than seven hours?  Beware.