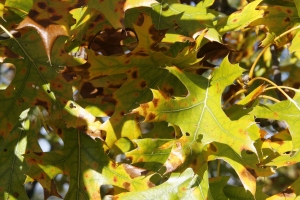 I’ve been struggling lately with friendship, or rather, relationships that have the appearance of being “friendships” but when I look at them, truly look at the heart of them, I see that the “friend” part of the label was all just a façade.  I am always amazed at how often that this seems to happen, and how often it appears that I have to cull those relationships out of my life.  A majority of these alleged friendships that fall to the wayside have come about with the advent of the internet; this is not to say that I have not cultivated a good many friendships with some very dear people through the same mode, though.

When we’re young and in school, we have face-to-face interaction with our classmates, some of whom we may spot on the first day of kindergarten and feel kismet instantly, others develop over time.  You know those friendships, the ones where you don’t particularly care for each other because of what you see on the surface and then, bit by bit, morsels of information come to you and you both realize “HEY!  We’re just the same!”  The moment that sameness is realized, combined with the bravery involved in admitting you were both wrong, brings about this tremendous transformation within the both of you and you soon find that you’re inseparable.  The cycle repeats itself throughout our lives, with some people there is instant chemistry, with others the friendships develops over time with much emotional agony – or growing pains.

When I started college, there were these fascinating new things called the Intranet and the Internet.  The Intranet was used to communicate with people on campus, and the
Internet with those outside of campus.  I grew up in a household sans computer, but all of the friends I’d made in college all appeared to HAVE computers (that was mind-boggling in its own right), and they allowed me to play on their machines.  I was hooked!  I’d spend hours chatting with people I’d never met before both on campus and around the globe (through theBulletin Board Services or “BBSes”) and found that I looked forward to talking to these people just as much as I enjoyed talking to my friends who I saw in person; this was profound, and was the start of my ponderings on friendships, how they formed, how they lived and ultimately how they died.

Children can be fickle, and as such, with daily contact, when something within the relationship goes awry, most children will tell someone why it is they are no longer a friend.  I found that most friendships that ended as a young child were the result of my
being friends with someone else with whom the one doing the “breaking up” did not get along.  I was a nice child, as far as I can remember, and attempted to be friends with many classmates (this is a common theme even now, as an adult).  All through grade school, my best friend was my Uncle, who was only four months older than I was, and we were always put in the same class.  I was fast friends with Kevin, Kenny and Tom.  I was one of the tallest girls in grade school, and when the teachers lined us up to go places (shortest to tallest or vice versa), I was usually somewhere amongst Kevin, Kenny and Tom, though by
fifth grade they were all taller than me.

Boys were different with relationships, I had learned at that time, for if you had a “fight” with one of them, they got over it and by the next day it was like it didn’t happen.
Perhaps this set me up for failure with relationships with females as I grew older, as I was more able to treat disagreements and arguments like a male than a female.  I would get the reason for the fight, we’d talk (or yell) it out, and then come to a solution.  Girls were different.  I discovered that girls in school could get upset with me for what appeared to be absolutely no reason, and I was baffled because they’d rarely if ever say exactly why they were upset.  I was used to hashing things out, this didn’t seem to work with females (and oft times still doesn’t).

Girls got upset, wouldn’t tell you why, and would stay angry with you for days, if not weeks or months, and then one day they’d come up and hug you and say you were a good friend.
This fickle behavior confounded me, and still does to this day, and sadly the older I got, the worse this behavior got.  Women I hadn’t even talked to would get angry with me, and still I had no idea why; sadly this still happens.  The experiences I had with other females
growing up had shaped my relationships with women throughout my adulthood thus
far.  Those girls who approached me months after some unnamed infraction on my part, arms open for a hug, I believe to be the reason that I was so uncomfortable hugging people up until a few years ago.  I was always waiting for the proverbial knife in the back mid-embrace.

The experiences I’d had then also seemed to foreshadow relationships I’d have in the future, even with those people I didn’t see face-to-face.  The precursors to the internet were Pen pals.  I’d had pen pals in the past, my first one from Arizona, a class project in grade school, and I still remember how heartbroken I was when I got her letter telling me she didn’t like me.  She didn’t even have the courtesy to give me a reason why, and this has become a theme I have noticed time and again when it comes to people breaking off friendships.  People are unable to summon the courage to explain what changed in their opinion.

Why has it become socially acceptable to just stop talking to someone without proffering a reason for the silence?  The silent treatment is no longer the modus operandi for just women, Pen pals and the Internet; it has crept in and infected even the male of the species.  Thankfully, at this point, it hasn’t infected all of them.

The ponderings on friendship have become more frequent in the last year, as I appear to have hit a string of bad luck with even male friends, particularly those online.  I have some dear friends that I’d started chatting to twelve years ago, and have met in person, face-to-face, even one who lives over a thousand miles away.  I am thankful for their friendships and very grateful to have such wonderful people to count among my close friends.  Then, there are others, whom I have not met, face-to-face.  Every one of them is unique and different, but when it comes to attitudes about cultivating and growing friendships, they can be slotted into two categories: those who put in effort and those who don’t.

One of these friends in the first category is an officer in the Navy, stationed in Afghanistan, and he makes more of an effort to send messages than people who are a couple hours away.  I have other friends whom I don’t speak to for months at a time, but when I do, it’s as if they were never absent.  Then there are those people who fall into the second category… sadly, I realize, often too late, that it’s time to “pack my bags and move out” with them.  These people start off looking like they’ll be great friends, but what appears sincere on the surface turns out to be disingenuous and I’m left without a
reason for the silent treatment (more on how the silent treatment affected me later).

I am not one to sit idly by, so I inquire about my infraction, usually more than once, and overwhelmingly I find that those who fall into category two are unable to bring forth a reason.  I’m left with no reason for my dismissal, and therefore my mind wanders and makes up its own reasons.  Thankfully, I’ve reached a point now that when dealing with those from category two, I can say, “It’s not me, it’s them.”

The category two people may find it easier to give silence as their reason, but ultimately it makes all of their relationships harder and more superficial.  When you aren’t willing to put in work to a relationship, any relationship, you are worse off for it.  Every relationship you have, from sibling to spouse involves work; honesty (with yourself and the other
person), perseverance and altruism.  You have to be able to state what you feel is wrong, what that made you feel, and then give the other person the opportunity to “right” the infraction, or at least tell you their side of things.  You won’t always agree, in fact you may find you’re at completely opposite ends of the spectrum in opinion on something, but a solid relationship will have a footing in open communication.

Decades after kindergarten, I have been lucky to find some female friends who appear to think along the same lines as I do.  Some I’ve been friends with for over ten years now, some for only a year or two.  I’m lucky to have such a wide and varied group of friends with whom I can spend time in pleasant conversation, male or female, young or old, from across the street to around the globe.

Maybe its age, perhaps it’s just kismet, but when you have people in your lives that you enjoy talking to, whether it’s only through type or in person, count them among the things you’re thankful for.  Tend those relationships as you would any tender plant, for while the cold frosts and freezes of fall mornings kill those plants, the cold frosts and freezes of silence kills any friendship.

And, to those people with whom I was attempting to cultivate friendships with, who opted for silence over reason… It’s you, it’s not me.  Life is too short to not spend it with people who want me around.